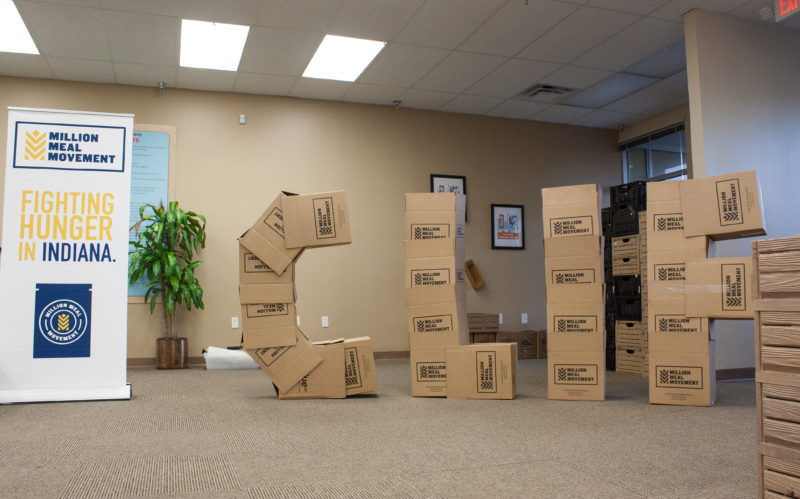 Going into our second packing event with Clif Bar Baking Company of Indianapolis, we knew we needed to be prepared. Last year the company came to us with a wild idea: shifts of employees packing meals for 24 hours straight! We were game, and they brought their A game. We made an emergency run to the warehouse to get more supplies because they surpassed their goal before the 24 hours were up! When it was all said and done, they had packed 104, 328 meals.

We were thrilled when they wanted the opportunity to host another 24-hour pack-a-thon this year, and not at all surprised that they had upped their goal to 120,000 meals. They’re a competitive bunch! Need proof? There were time trials for the fastest box packed with the winning team taking home a trophy. 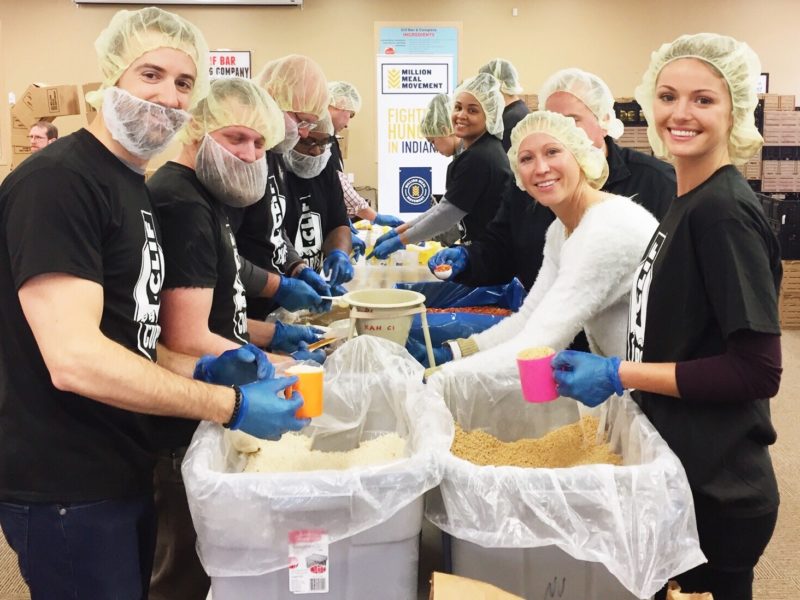 “This is my adopted hometown, so being able to come out here with the company that’s doing some great things for the area and to be able to be a part of that and help some families in need is really cool,” Hinchcliffe said in an interview with IndyCar.com.

“The poverty that Indianapolis experiences drives our crime rate. So in many ways — even though we’re here today providing meals to those who need it critically — this is an anti-crime program,” Hogsett said in an interview with WISH-TV. The mayor was happy to don a hairnet alongside Million Meal Movement’s Executive Director Shane Scarlett. 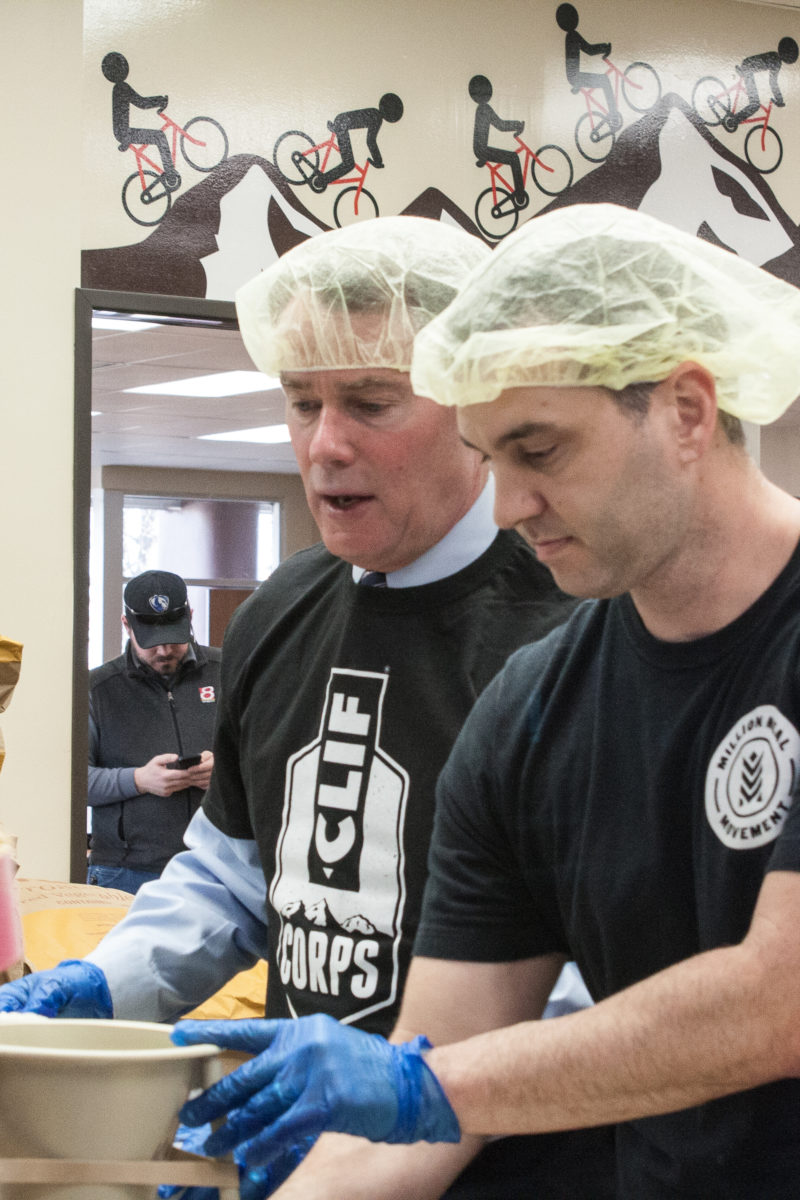 Clif Bar employees had surpassed their initial goal by early morning, and ended up packing 124,416 meals in 24 hours. All meals were delivered to our partners at Midwest Food Bank, to be distributed to families here in central Indiana. The Clif company is dedicated to serving the community where they live, work and play. We’d say they definitely raised the bar on what it means to give back! 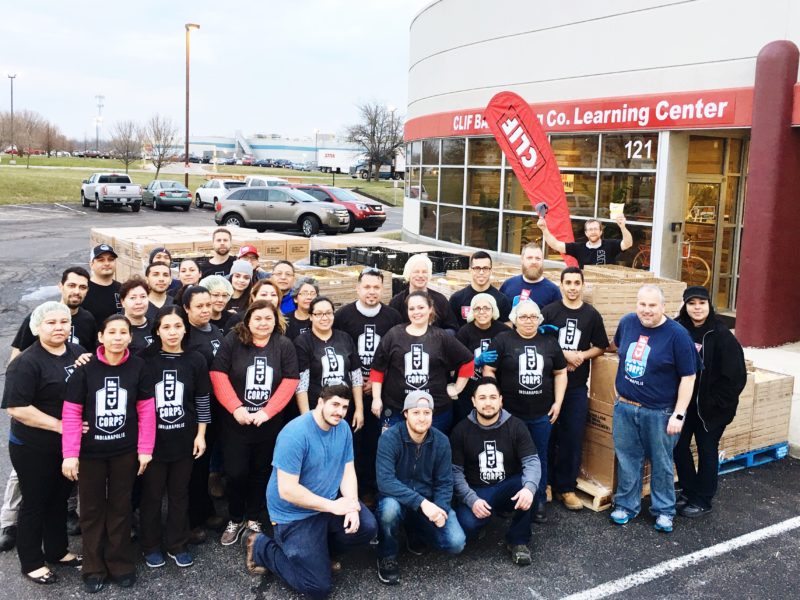